AIDS: The Shame of a Nation

One of the leading issues in many of the nations we live and work in is HIV/AIDS.

You would assume with these facts, the signs of this disease would be everywhere. Only they are not.

The shame of this disease hides it from the public eye, keeping it as a private issue. It is illegal to ask someone their status. The numbers alone make it a reality that many we work with will have this disease, but often we do not know this as a fact. In my eight years in this nation, I have met two which have declared their status or confided in me. A young South African man who grew up in the impoverished townships says he too only knows of two.

Two people! Many others hide alone in shame.

That number increased to three recently. 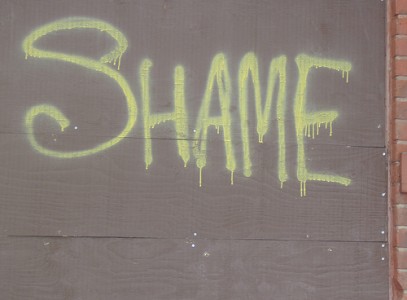 Two people! Many others hide alone in shame.

That number increased to three recently.

I met Musa Njoko.  She was well-known for her gospel music, but now her fame comes from her Aids activism. She has shared the stage with President Bill Clinton promoting awareness.

As she told her story, several things stood out to me.

Her courage As secretive as this disease is today, when she came out it was an isolation sentence. She dealt with this through her faith in God and her sense of humor.

Musa related the story of swimming at a public pool. As her and her family were enjoying the water, she noticed the pool was quickly emptying for fear of “catching” the disease. She joked, “well family we have the whole pool to ourselves! ”

Her recognition of progress – South Africa has come a long way in HIV treatment. Leaders in the past declared the disease a myth or a creation of the West. They advocated going to traditional healers (witch doctors) or taking vitamin B12. The former head of the AIDS commission willingly had unprotected sex with an infected woman, feeling safe because he showered afterwards. This man is the current president of South Africa! There was even a myth circulating which said the remedy was sleeping with a virgin. This only made things worse.

Her faith in the future Musa says South Africa has one of the best prevention programs in the world now. As she still lives in one of the most vulnerable communities, She sees change.

My prayer for South Africa is for a greater openness. Unfortunately, the people who hurt Musa the most were in the church. They called her a slut and a whore. I would love to see more people like Musa, declare their status. But, more than the infected coming out, I would like to see less affliction. The church must change their mindset.

From what we see of Jesus, the HIV positive people are exactly those he would spend time with. They may be similar to the lepers in our midst today whom Jesus loved.

What about your nation? How is progress being made on this global epidemic? What is the attitude of the church towards those infected in your country of service?

Musa, with my wife and two of our co-workers

This article originally appeared on A Life Overseas. Visit to see the online community of current and former missionaries, helping each other to learn and thrive on the missions field.

A missionary teacher for 24 years currently living in South Africa. I am a recovering superhero, daily in need of the grace of God

Hi, my name is Chris. I write about how grace enables us not to be superheroes. Instead, as ordinary believers, we learn to trust in God. We will explore grace through missions, leadership, and the Bible. If you are a recovering superhero like me, this blog is for you!